The Sacred White Animals of Prophecy


The birth of the White Buffalo, according to Sioux tradition, is the sign of the return of harmony, unity and peace to the Earth.  It signals the fulfillment of the prophecy of White Buffalo Calfwoman that the appearance of White Buffalo means all nations shall be redeemed and learn to honor what is sacred on our Earth.  The 2000 year-old prophecy is unfolding as we are seeing the birth of White Buffalo on native land.  But what is equally fascinating is the appearance of albino* white animals being birthed in a large variety of species.  This is no coincidence, as these are the signs of an emerging New Earth.  The white animals are more than a symbol, they are actually small vortices of energy placed throughout the world to imbue the land with purity.  Their incarnations tell us we are living in exciting times and that the path toward ascension is opening up for everyone.  -S.C.-

The following is excerpted from The Sacred White Animals of Prophecy
http://www.animaldreaming.com/
photos follow text

Apart from the prophesized white Buffalos (which are among the most sacred animals a person could ever encounter), other rare and beautiful white animals have begun to appear the world over: Lions, Servals, Giraffes, Zebras and Gorillas; Robins, Foxes, Sparrows, Bats and Hedgehogs; Tigers, Elephants, Raccoon Dogs, Pythons, Cobras, Monkeys, Leopards and Peacocks; Kangaroos, Wallabies, Kookaburras, Koalas, Possums, Emus, Echidna and Kiwi; Ravens, Crows, Deer, Black Bear, Skunks, Moose, Squirrels, Pronghorns, Coyotes, Horned Owls, Hummingbirds, Rheas, Pumas, Rattlesnakes, Alligators and Lynx and Whales, Penguins, Fur Seals, Dolphins and Sea Turtles, with many appearing in the last four years, or directly before, during or after world events that call for peace and global unity. 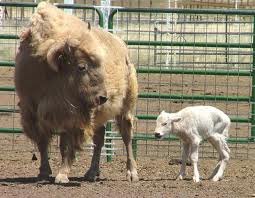 According to Chief Arvol Looking Horse, traditional leader of the Lakota clan of the Sioux nation and 19th generation Keeper of the White Buffalo Calf Bundle, the appearance of these white animals heralds a time of great urgency for the Earth and humanity as a whole. It is said that the appearance of such unusually coloured animals is a sign; an omen calling for us to unite as a People and walk as One; to see past the colour of our neighbour’s skin or the ancestry of their people and to come together and embrace them as brothers, sisters and all-related children of the Earth Mother.
Despite the fact that animals exhibiting albinism or leucism are far more vulnerable than their naturally coloured kin, we are seeing an increase in these creatures developing into healthy adults … with many going unnoticed by man until fully mature and quite certain of unaided survival in the wild. It is said that the lesson behind the emergence of these rare white animals is one that must be acknowledged by every man, woman and child if we are to bring healing to the Earth Mother and humanity. We are being reminded to be ever mindful of our actions and reactions, to be more accepting of others, their beliefs, orientations and customs and to be more respectful of the animals and the Earth Mother her self.
Chief Arvol Looking Horse believes that we are now deep in a time of prophecy, when animals are choosing to be born as head-turning anomalies; white ambassadors of their species with messages that double as both blessings and warnings. He endorses the idea that the animals are being born white to attract our attention, as embodiments of a universal need for humanity to unite in the name of Peace so that our children and their children will be ensured a future on Mother Earth. He says 'all nations, all faiths’ must unite ‘in one prayer' no matter how we believe in the Creator Spirit, if we are to acknowledge and honour the birth of these sacred animals and heed their message.
Albino animals have been revered in most cultures for centuries; venerated as omens of good fortune, fertility, plentiful rain and bountiful harvest. Some even describe them as being imbued with supernatural or magical powers, usually charged with extraordinary strength, speed, shape and size. In medieval Europe, for example, it was believed that white Mice personified the souls of departed children, while the appearance of a white Elephant was said to have proclaimed the birth of Gautama Buddha. As a result, the white Elephant has become a sacred symbol of appreciation in Hindu tradition. The white Elephant (and Ganesha) are both said to offer deliverance from the obstacles created by the mundane aspects of life, aspects such as embarrassment and limiting circumstance. In Thailand, the people believe that white Elephants may very well contain the souls of people who have crossed over to the Spirit World.
White animals appear regularly in Welsh and Celtic mythology, too, as creatures of the Otherworld, often sporting red ears, eyes and snouts. In these stories, they were more often than not pursued by brave warriors and noblemen when they ventured into the ordinary world.

*For an creature to be considered white and not albino means that there is not recessive gene.  An albino will have the recessive gene that creates the anomaly. 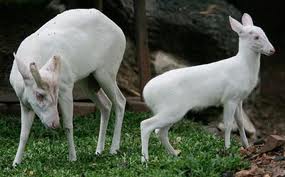 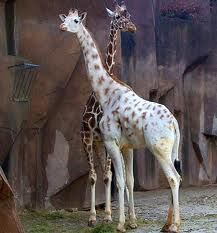 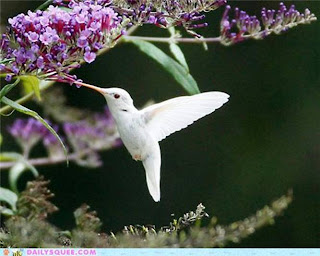 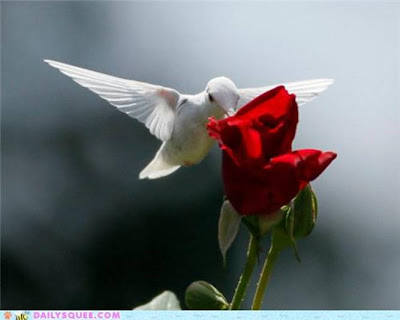 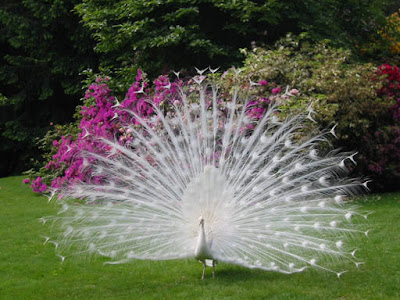 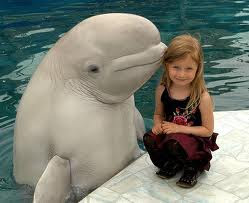 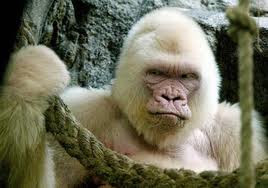 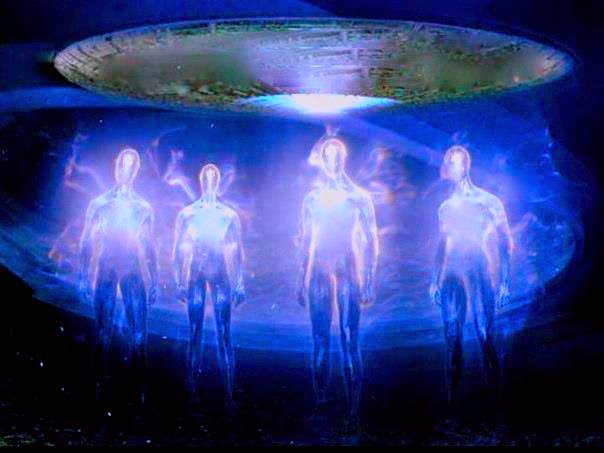 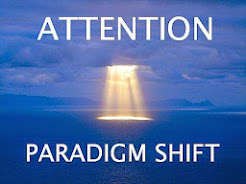